Should Scotland be independent?

I assumed the reasons why places like Turkey and Serbia hadn't been let in the club yet were related to genuine differences in alignment, and that another country could accede before any of them assuming those differences in alignment were rectified. If Scotland had only been out of the EU for a year or two I reckon there are limits to how much disalignment the Westminster government could force on Scotland to make accession more difficult than for Montenegro. Is there any reason to suggest queue-jumping couldn't happen?

I think it's a queuing system with a certain maximum speed of progression through it, but like the queue at the post office, if you get halfway along and find you left your wallet at home, you have to leave and when you come back in you may well have lost your spot. The point is rather that you can't show up on day 1 and get fast-tracked because until 3 years ago you were part of the EU as a region of another member state. So if Montenegro is at stage 3 out of 7 when Scotland applies, Montenegro will accede first unless something goes wrong. Turkey has been on the periphery of membership for 25 or more years and nobody thinks it's going to happen soon, nor will it stop other countries from joining ahead of them.
Something something hammer something something nail
Top

But why can't you? Is that hard-coded in law or just an apparent convention because it hasn't happened before?

It seems enormously likely that there's much less legal work to be done when you know that until a few years ago the country's laws were all in alignment. It means you only have to look at how three years' of subsequent legislation affects things, rather than all of it. So I'd imagine it would be entirely possible for that process to be fast-tracked in practical terms, because there's way less to negotiate (especially if Scotland considered EU membership an important part of its identity, perhaps featuring it prominently in the independence referendum campaign, so they could basically just say yes to everything the EU wanted in the "negotiations"). It would just depend on whether they wanted to do that politically or economically. It would be a massive f.ck-you to rUK at a time when it'll still be mired in recession under the incompetent and offensive premiership of Boris Johnson, for example.
THINK BIG AND UPEND THE SYSTEM

There's no queuing system in the sense of one country being permanently ahead of another, and there's no reason in principle why Scotland's accession couldn't be accelerated. But that could only happen if most of the existing EU countries were actively enthusiastic about an accelerated process. So far as I can see, none have said they are (and some have indicated that they aren't).
In six days the Lord made the heavens and the earth, the sea, and all that is in them. The human body was knocked up pretty late on the Friday afternoon, with a deadline looming. How well do you expect it to work?
Top

It's almost as if the Telegraph wants Scotland to vote for independence... 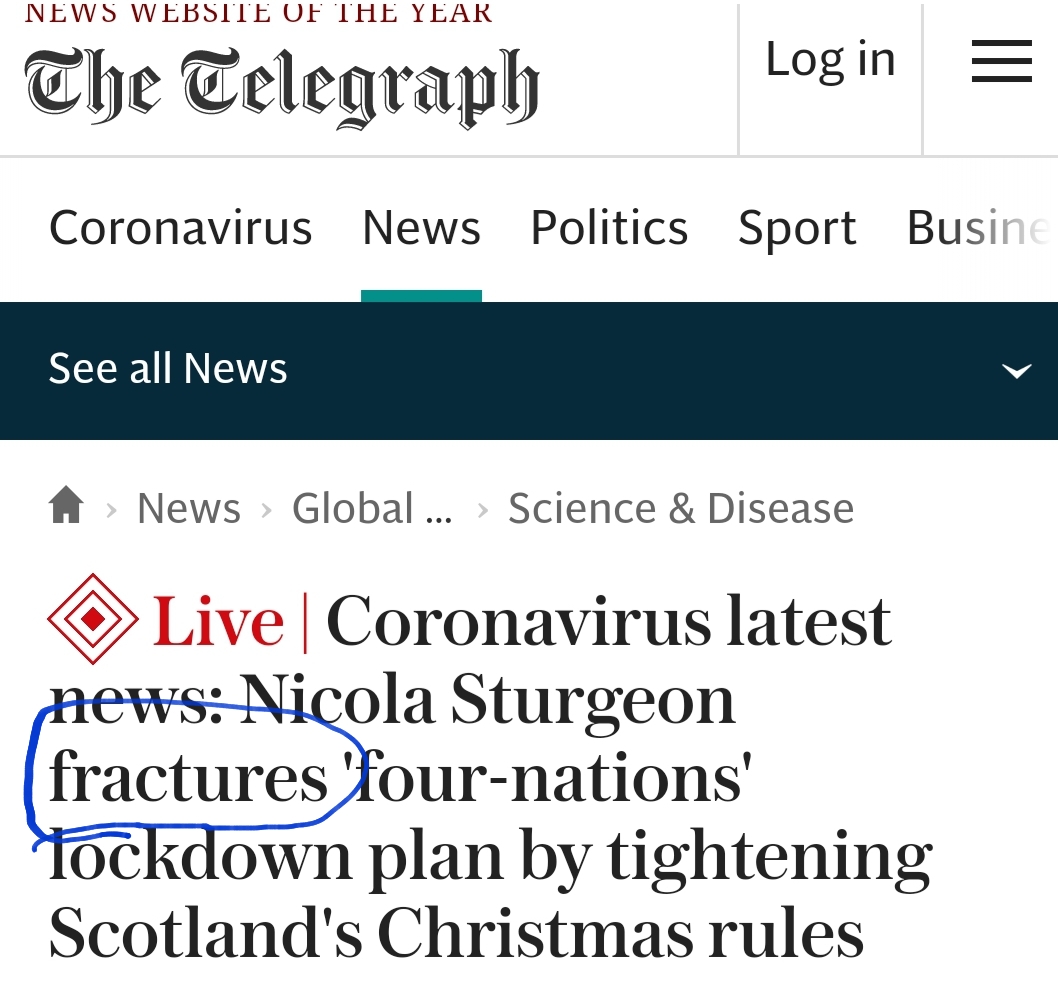 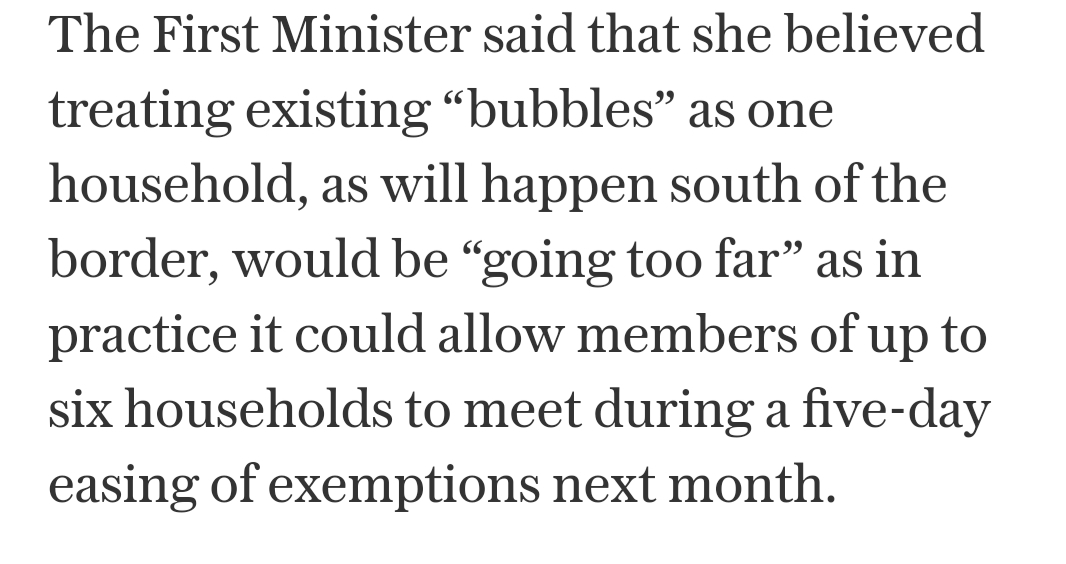 don't get any big ideas, they're not gonna happen
Top

Pucksoppet wrote: ↑
Fri Dec 13, 2019 6:41 pm
I think it depends on whether a majority of Scots wish to hitch themselves to the Tory wagon or not. Independence would at least allow the Scots to choose how they wanted to manage the economic decline that will follow from leaving the EU. Remaining in a union with England will ensure that English requirements are made a priority. After all, why waste money on a constituency that isn't going to vote for you.

But it does leave them with the catastrophic economic decline that comes from leaving the UK. The idiocy that is Brexit ought to make it very clear that cutting ties with your biggest trading partner is a stupid idea, and that promising pie-in-the-sky deals will be signed to keep all the good bits but none of the bad bits after the severance are utterly hollow. I mean, it was clear prior to the 2014 IndyRef and Brexit, but it ought to really ram the point home.

There's also the fact that is isn't the 80s any more; Scotland's budget is propped up by England quite substantially.

In short, Brexit was idiotic, Scottish Independence is idiotic for exactly the same reasons, and it is unlikely that nations like Spain are going to rush to welcome a breakaway region into the EU as an independent nation.
Top
Post Reply
130 posts