A glossy leaflet has appeared in my block called VACCINES ARE GENOCIDE.


Dear friend. This document contains valuable alternative resources regarding the monumental lies and deceptions that have been told to us by the Government and the (controlled) Mainstream Media over the COVID-19 "Pandemic" (which actually isn't one) ... to further justify ever more extreme restrictions on our human rights.


Did you know that the "Coronavirus test" returned a positive result for samples from goats and paw-paw fruits?

Well yes, there were some faulty test kits in Tanzania that did this.


Did you know that Bill Gates, the public face of the vaccination push is NOT medically qualified? He is NOT a doctor'


Did you know that a challenge was issued to Boris Johnson on 22nd June 2020 to prove that the "COVID-19 coronavirus" actually exists by fulfilling the Kochs Postulate method of isolating and purifying a disease?"

I looked this up and it turns out that Koch's Postulates were written for bacteria - not viruses - in 1890.

Yeah. Article 61 applied to 25 barons, not to the general population. It was never incorporated into statutory law and was not in later versions of the Magna Carta. It's some parts of the 1225 version that form the basis of common law today.

There's nothing in the leaflet that explains how the vaccines are genocide, which races or groups are being killed. The leaflet is put out by Charlie Ward whose website is www.drcharlieward.com. It's not clearwhy it's Dr Charlie Ward as there's no mention of any doctorate on the website. It says he worked in the hotel industry for 30 years and now 'moves physical currency for many high-net worth indivuduals and goverments worldwide'.

I don't want to be cynical but does that sound well dodge to you?

He also promotes 5G and EMF protection and a Detox Toxins and Metals liquid. You can watch his wedding video on the website.

His quoted 'experts' include Rachel Elnaugh of Dragon's Den and Denise Welch of Loose Women.

Yes, it's funny and pathetic but if people believe any of it, that's worrying and dangerous. Has anyone else come across leaflets like this?
Top

From the Conspiracy motherlode thread: 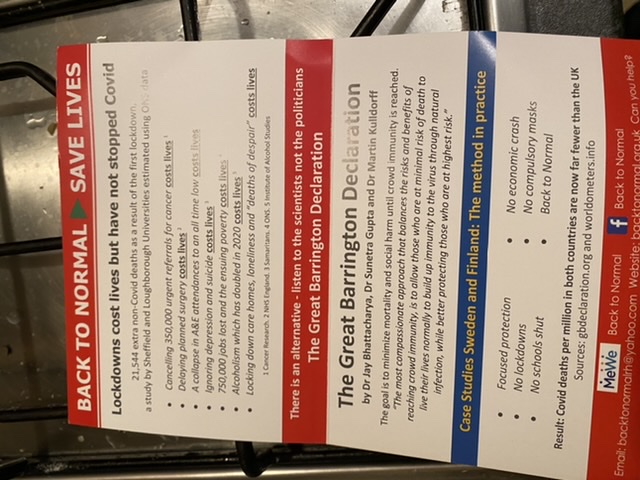 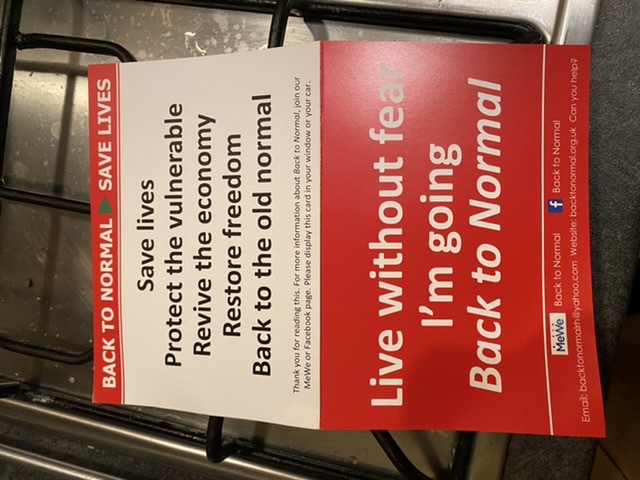 I wrote a longer thing about it here

Unusually for me, there's no swearing.
Top

I'd love to know how much the people posting those leaflets are actually doing to help the most vulnerable members of the community. At least within my social circle, the friends who have been setting up mutual aid groups and running errands for neighbours and relatives have also been the ones self-isolating and wearing masks everywhere and sharing useful information.

Unfortunately, I have also heard fairly sensible people expressing views along the lines of "the lockdown is just another tool to keep us down", etc. Admittedly those people did still obey the rules AFAICT, but there is basically zero trust between working-class ethnic minorities and the establishment, for pretty obvious reasons, so I don't think extreme manifestations of that distrust are surprising.

The best time to build that trust would have been years ago, but I think society as a whole needs to figure out how to build bridges if we want communities of colour to have similar vaccination rates to the general population.
THINK BIG AND UPEND THE SYSTEM

Unusually for me, there's no swearing.

Excellent piece.
And remember that if you botch the exit, the carnival of reaction may be coming to a town near you.

The Koch postulates totally ignore the existence of asymptomatic carriers too. Typhoid Mary blew that out of the water a long time ago
Top
Post Reply
6 posts • Page 1 of 1